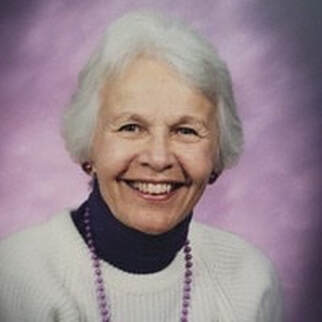 Adele R. (Matushik) Swiatek, 97, Clarks Summit, died Sunday, June 12, 2022.
Born and raised in Throop, she was a lifelong resident of the Scranton area. Her father, Peter Matushik, worked in the coal mines for over 40 years and her mother, Cecelia, was a homemaker.
After graduating from Throop High School in 1942, she worked for General Metal Fabricators making military cigarette lighters until 1946, then took a job working the candy counter and in the cash office at Woolworth’s until getting married in 1952. Her marriage to Walter L. Swiatek, an Army veteran of World War II and an engineer at Daystrom (now Lockheed Martin), lasted until his death in 1999.
Mrs. Swiatek was a homemaker, raising three sons in Green Ridge and Clarks Summit, where they moved in 1959. She cultivated a large circle of diverse friends during her life. She was a Cub Scout den mother and an Abington Little League volunteer when her sons were younger and was an active parishioner for most of her adult life at Church of the Epiphany in Glenburn, where she counted the offering for over 20 years, served on the altar guild and hosted a home Bible study. She also was an elected poll worker in Clarks Summit for four terms and was proud to be named to the Pennsylvania Voter Hall of Fame for voting in 50 consecutive November elections. She became a baseball fan, attending Scranton Red Sox games in the 1930s and she picked up golf in middle age. In her later years she stayed up on current events, listening to WILK talk radio hosts Frank Andrews and Bob Cordaro.
She is survived by her sons and daughters-in-law, Robert and Sue Swiatek, Jeff and Julie Dart Swiatek, and Jay and Patti Swiatek, and by four grandchildren: Molli Swiatek, Christopher Swiatek, Jonathan Swiatek and Virginia Greenlee.
Services will be 11 am on Saturday, June 25th at Church of the Epiphany, 25 Church Hill Road, Dalton, PA. Contributions may be made to the church (PO Box 189, Clarks Summit, PA 18411).
Arrangements have been entrusted to Lawrence E. Young Funeral Home and Cremation Services Inc., 418 S. State Street, Clarks Summit. 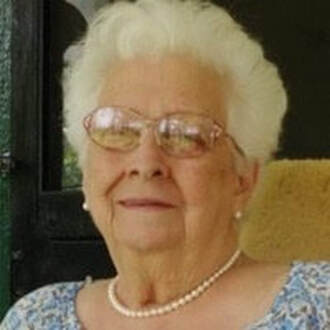 Lucretia K. Hill, 95, died on Monday at her home in Factoryville. Her husband was Earl Hill, Jr., Major (Ret), US Air Force, a World War II veteran who died in 1982.
Born in Cleveland, Ohio, Lucretia, Lucky to those who knew her, was the daughter of the late James S. Keller and Eva Shively Keller. She was a graduate of Tunkhannock High School and earned her associate degree from Keystone College. Prior to retirement, she worked as a Financial Aid Director and consultant. She was a member of Church of the Epiphany, Glenburn Township.
Lucky was deeply respected in her professional community.  She was active in several organizations, including being a lifetime member of PASFAA (The Pennsylvania Association of Student Financial Aid Administrators) and was involved in the formation of NEPIC (Northeastern Pennsylvania Independent Colleges).  She was also a former recipient of the NEPA Woman of the Year title.
Lucky spent many years in partnership with her daughter, Suzie, managing the equestrienne center known as Candy Apple Farm, one of the premier facilities in Northeastern Pennsylvania.
Lucky is Survived by her sons James David of Factoryville, Earl Thomas of Fairfax, Virginia, Jerry Robert of Dickson City, and her daughter Lucretia Suzanne (Suzie) Morgan of West Abington Township.  In addition, she was blessed with nine grandchildren; and six great grandchildren all who had become the light of her life.
She was preceded in death by her brother Ray and sister Evelyn.
A memorial will be held on Thursday, May 5th, at 6 p.m. at Lawrence E. Young Funeral Home and Cremation Services Inc., 418 S. State Street, Clarks Summit, with services by Rev. Lou Divis. Visitation will be at the funeral home from 5 p.m. until the time of the service.
In lieu of flowers, memorial donations may be made to a charity of your choice.

Eleanore Ginader of Waverly passed away Saturday morning, April 23, at Geisinger Medical Center. Eleanore is survived by her husband, George of Waverly; her daughter, Barbara of Boston, Mass., and Wellington, Fla.; her daughter-in-law, Cynthia Schultz of Bloomsburg; her granddaughters, Emma Ginader of Bloomsburg and Abigail Ginader of Arlington, Va.; and her sister, Naomi Boylan, Dunmore. She was predeceased by her son, Robert.

Her family is particularly grateful to four women who took such excellent care of her: Linda Young, Deanna McConnell, Jackie Patel and Joanne Giello.

Eleanore attended Dunmore High School and did coursework at UCLA and the New York School of Interior Design. She believed that "success in life is measured by the lives you have touched, and, hopefully, made better."

Her philanthropic work was a testament to her philosophy, having served as chairman of the board of the Everhart Museum as well as a board membership and/or involvement in the Waverly Community House; Friendship House; Northeastern PA Philharmonic; Lucan Center for the Arts; Century Club; Scranton Cultural Center; Greater Scranton Chamber of Commerce; Women's Resource Center; Arts Education Alliance; and Benefit Committee: Keystone College. Her passion was arts-in-education, particularly for children who she believed benefit from having the arts introduced into their lives.

Instead of flowers, please consider a donation in Eleanore's name to the Everhart Museum in Scranton or the Women's Resource Center in Scranton.

A funeral service will be held at Church of the Epiphany in Glenburn on Thursday, April 28, at 11 a.m.

We invite all friends and family to a reception at the Waverly Club, 903 N. Abington Road in Clarks Summit, immediately after the service.

Interment will be private. 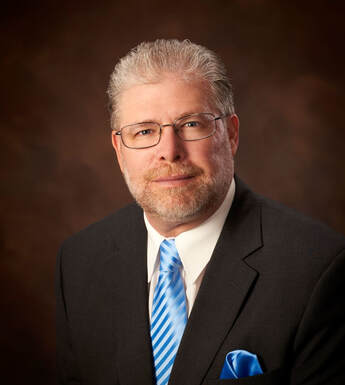 Jeffrey William Napierala, 60, of South Abington Township, died unexpectedly on Wednesday, at home of an apparent cardiac event.  He was the husband of Susan Marie Six.  The couple was married since October 14, 1994.Born March 21, 1962 in Binghamton, New York he was the son of Robert and Barbara (Schwehm) Napierala.
Jeff graduated from Newark Valley High School and Broome County Community College. He was a very hard worker, holding various positions such as a funeral service associate with Jennings-Calvey, working in the physical therapy department at Lourdes Hospital in Binghamton, NY, driving a truck with Fastenal and was the sexton for the Church of the Epiphany in Glenburn. Jeff was a devoted husband and loving father, always boasting about his family at every opportunity. He was a very kind man and was willing to pitch in at a moment's notice, whether it be cutting grass, shoveling snow from neighbors’ driveways, or cooking BBQ chicken dinners at the church. He will be greatly missed by all who knew him.
Surviving in addition to his wife and parents are two sons: Kyle and Connor Six Napierala of South Abington Township and two brothers: Michael and wife Jeannette as well as Matthew and wife Susan Napierala.
A funeral service will take place at 11am on Saturday from the Church of the Epiphany, 25 Church Hill, Dalton, PA 18414 to be celebrated by Rev. Dr. Lou Divis.  A private cremation will take place at the Jennings-Calvey Funeral and Cremation Service, Inc., 111 Colburn Avenue, Clarks Summit, PA 18411 at their on-site crematory.
Memorial Contributions in lieu of flowers may be made to Church of the Epiphany, PO Box 189, Clarks Summit, PA 18411. 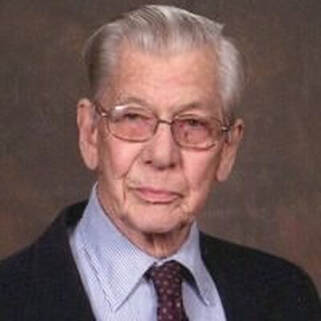 Howard L. Hyde, 102, died January 15, 2022, in South Abington Township, PA.  He was born in Wheeling, WV, to the late Roger and Elsie Hyde and grew up in Calais, ME.Howard served as a staff sergeant in the Army Air Corps in the Pacific during WWII.  While stationed in Australia he met his wife, the former Helen Matthews.  They were married for 67 years until her passing in 2011.
After the war, he attended Wentworth Institute and graduated from Cornell University in 1951 with a Bachelor of Architecture degree.  He was a senior architect at Burkavage Design Associates until his retirement in 1987.
Howard was an avid reader, loved classical music, gardening and community service.  He joined the Rotary Club of the Abingtons in 1971 and was still a member and attending meetings until his death.  He was a past President and had been a Board member; he also received three Paul Harris awards.  Howard had served on the Board of Trustees at the Waverly Community House and was involved in the Philharmonic Society of Northeastern Pennsylvania, the Singers’ Guild of Scranton Board and chorus, and also drove for Meals on Wheels.
He sang in the choir and was a Junior Warden at the Church of the Epiphany; was on the Board of the Scranton branch of Habitat for Humanity, which he chaired for a number of years; and was on the Board of the Pocono Environmental Education Center.  He also served as chairman of the selection committee for the Belin Arts Scholarship.
Howard lived in Waverly for 34 years, where he learned to make maple syrup and enjoyed showing Boy Scouts, Girl Scouts and anyone else how the process was done.  He moved to his final home in South Abington Township in 1997 and lived independently until 2020.
He is survived by his three children, Eloise Hyde, North Abington Twp, PA, David Hyde, Orick, CA and Deirdre Chrzanoski and husband Stanley, North Abington Twp, PA; three grandchildren, Jennifer Breton and husband Joseph, Christopher Hyde, and Ashley Marshall and husband Daniel; and nine great- grandchildren.  Howard was preceded in death by his sister, Elsie Eloise Hopkins.
He will be greatly missed by all who knew him.  He loved to talk about his time in the Pacific during the war and all of the buildings locally, nationally and worldwide that he helped to design.
The family would like to thank the nurses, aides, and staff of Clarks Summit Senior Living that took care of him for the last year; the hospice division of Traditional Home Health Care that looked after him for the last four months.
A memorial service will be held on Saturday, May 21st at 11 a.m. at the Church of the Epiphany in Glenburn.
In lieu of flowers, the family asks that you consider memorial contributions to the Church of the Epiphany, Glenburn, PA; Traditional Home Health Care, Dunmore, PA; or Habitat for Humanity.
Arrangements have been entrusted to the Lawrence E. Young Funeral Home and Cremation Services Inc., 418 S. State Street, Clarks Summit.